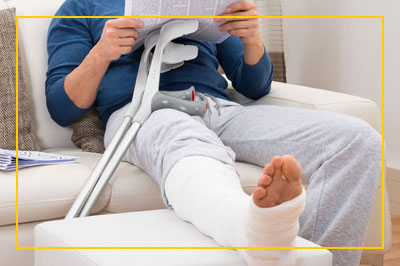 If you have been injured on the job or suffer from an occupational illness, your employer’s Workers’ Compensation carrier can make it difficult for you to get the benefits to which you may be entitled, such as wage benefits, medical care and vocational rehabilitation.

Chafin Law Firm, P.C., works hard to fight for your rights during this very stressful time, which may include representing you at a hearing or pursuit of settlement through mediation. Find out how we can help you by scheduling an appointment today. 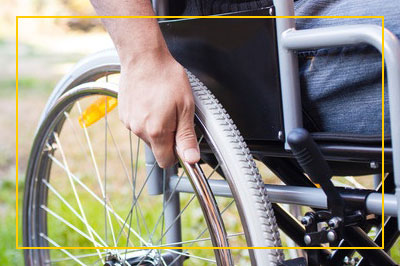 It is getting harder and harder for deserving individuals who find themselves unable to work to qualify for disability benefits. Last year, the Social Security Administration only approved roughly 32% of disabled worker applications, leaving 68% with denials after investing years trying to qualify. (www.ssa.gov/OACT/STATS/dibStat.html).

Depending on your age and vocational background, there may be technical arguments that could secure a favorable decision on your behalf. With the right guidance from an experienced practitioner such as our attorneys at Chafin Law Firm, P.C., we will work hard to stack the odds in your favor. Schedule an appointment with us today.

Ben Chafin is a Lawyer and a Lawmaker… 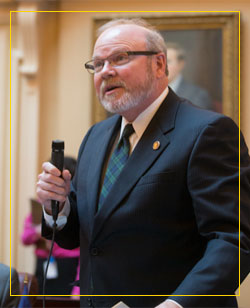 SENATOR CHAFIN ON THE FLOOR
OF THE VIRGINIA SENATE

Senator Ben Chafin is a Member of The Virginia General Assembly where he serves in the Senate of Virginia.

Senator Chafin represents the 38th Senate District of Virginia in Southwest Virginia comprised of Russell, Tazewell, Dickenson, Buchanan, Bland, and Pulaski Counties, the Cities of Radford and Norton, and parts of Montgomery, Smyth and Wise Counties. Having previously served in the Virginia House of Delegates, Senator Chafin was elected to the Senate in August of 2014 during a special election and was re-elected to a four-year term in 2015. He serves on the Courts of Justice Committee, Commerce and Labor Committee, Agriculture, Conservation and Natural Resources Committee and Rehabilitation and Social Services Committee.

The members of the General Assembly are part-time legislators. Only during the regular session does Senator Chafin serve full time in his capacity as a legislator. The General Assembly’s regular Session takes place once a year in Richmond starting on the second Wednesday in January and continuing through the end of February on odd years and the second week in March on even years.

During the regular General Assembly Session, Senator Chafin maintains daily contact with his law firm, working remotely in order to assist his clients and continue the work of the law firm. Senator Chafin comes home to Lebanon almost every weekend during session in order to work in the law firm and meet with clients if possible. While Senator Chafin is in Richmond during the regular session, the Attorneys and Staff of Chafin Law Firm continue to work diligently to assist their clients. During Session, Senator Chafin’s Court Cases are continued until the Session is ended, and he is available to be present in Southwest Virginia. When the General Assembly is not in session, Senator Chafin works full time at Chafin Law Firm where he applies his knowledge and experience gleaned from years of Law Practice and Lawmaking.